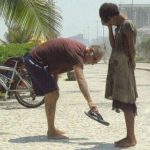 Spiritual Warfare–it seems Christians either obsess over it and engage in all kinds of antics and hype, or they ignore it because the intellectualization of their theological categories disallows for the reality. The fakery and the hype inoculates the inquiring novice from accepting the real thing. Arid intellectualism leaves believers unequipped to deal with phenomena outside of their worldview. What is genuine spiritual warfare and what is just a bunch of noise and enthusiasm in a meeting?

Casually browse the internet or take a walk through a Christian bookstore. You will see that books covering elements and techniques of spiritual warfare abound like sand fleas on a camel.  The sales allure is because the techniques give adherents a false sense of spiritual significance–it is emotionally intoxicating to think we are “defeating the devil.” We are led to believe that spiritually and invisibly, we are accomplishing great things and that the kingdom of God is marvelously advancing in the “invisible realms,” while nothing on planet earth actually corresponds to the alleged metaphysical progress. If there is an idea that could be more fundamentally Gnostic than that, I don’t know what it is. If you consider the hundreds of thousands, if not hundreds of millions, of Christians who are allegedly “pulling down strongholds” as the result of implementing the techniques in these of books and seminars, it would seem whatever it is that is being done is not very effective.

I have been a Christian a very long time. Pick a category and can you point to any in which things have improved over the last few decades?

Advocates of the alleged spiritual warfare techniques would have us believe that we “cannot judge with our eyes” and that we just have to persevere. If we do, some great day is surely ahead. That is an intellectual Ponzi scheme: just keep investing, but there is no payday. An eternally unreachable carrot might keep a mule motivated, but it is no way for the ekklesia (the church, the people of God) to operate.

Rather than perpetuate various Evangelical, Charismatic/Apostolic/Prophetic myths, I think some reconsideration, clarification, and redefinition of many things is in order.

A handful of believers in Ephesus overturned a city, and as far as we know, they did no “prophetic warfare” against the “spirit of Diana of the Ephesians!”  They did not do spiritual mapping. They did not do “prophetic intercessory” warfare. They simply lived an empowered Christian life in an apostolic dimension of the kingdom.

There has to be more to spiritual warfare than making “prophetic decrees” and “doing war in the invisible heavenlies,” that result in absolutely no visible change on earth over years and years of time

Misunderstanding the difference between demons and principalities and the ekklesia’s engagement with each is part of the reason why real change in time and space is often not realized. This is not the place to do a full unfolding of the important distinction and implications—this is not a treatise on demonology. ( I am not dealing here with individual, introspective and subjective issues surrounding 2 Corinthians 10:5 ff.).

Singing loud and peppy songs (which I enjoy!) and making “prophetic decrees” is trying to do spiritual warfare on the cheap. Spiritual warfare is realized through lives lived incarnationally in a cruciform expression: lives laid down sacrificially, and the transformative power of His resurrected life manifest in a BODY in a geography.

Displacement is accomplished when a corporate expression of the ekklesia literally possesses a dimension of life and authority in the measure of the stature of the fullness of Christ. The “ascended” corporate church fills the heavenlies in the place formerly occupied by the principality. The church’s subjective ascendency, the measure of the stature possessed, not positional spiritual authority, unseats the principality.

Not withstanding issues of what is the true ekklesia, or what is an accurate representation of the ekklesia, there will be and is, a spiritual entity, the Bride in a geography, as small as a local assembly or as large as a city or nation, that can ascend in Christ in a dimension that unseats a prevailing power.

I do not believe this is done through prayer, intercession, and spiritual warfare in the sense we have understood those things. I believe the warfare is the warfare associated with the manifestation of the life of Christ—in, through, and by His cross in the power of His resurrection, in human vessels. That is, I do not pray the victory in. I live it. Every reference to our “victory” in Christ in the New Testament is in the past tense. We do not create a condition of victory by our spiritual calisthenics in a highly emotively charged worship service. We ARE the victory of Christ, incarnationally, in human vessels, in time and space. We appropriate victory, we do not create it through spiritual warfare.

For example, if there is a principality of poverty over an area, it is not displaced by prophetic decrees and spiritual exercises of various sorts against a “spirit of poverty.” It is displaced by the church in dominion over finances—by individual believers, and collectively the ekklesia, having their finances in order. By being honorable, trustworthy, not cheating, etc. in their interactions with others, and by being radically generous and progressively creative in handling this world’s mammon, this virtue spreads the gospel incarnationally and practically in a geography by the lifestyle of converted of souls. Those souls do not cheat anymore, thereby removing the seat of authority of the principality in them individually, and in the geography “spiritually.” Generosity replaces fear and the love of money. Prosperity replaces poverty. The principality is gone.

Continuing the example, a church in debt and operating out of Babylonian economic values, hoarding money, self-centered in giving (spending over 95% of multi-million dollar budgets on themselves), can do “spiritual warfare prayer and intercession” all day long, make “prophetic decrees and sing warfare praises” until the cows come home, trying to cast down a principality of poverty, but there will be no spiritual authority. Just clanging bells and cymbals—trying to accomplish on the cheap, what only personal and corporate transformation can accomplish.

Here’s another example, you will never remove the influence of a “Jezebelian” (a trendy topic) spirit of control when the leadership in an ekklesia is itself in love with control, money, power, politics, influence, privilege, position, and rank. Everyone I have ever heard railing against a “Jezebelian spirit” has himself, had a problem in that very area. There will be no spiritual authority in whatever city-wide spiritual warfare conferences, and unity conferences we might engage in when the leaders on the platforms of these events, are the biggest perpetrators of the very thing they are supposedly trying to do warfare against! 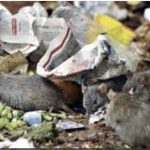 Clean up the garbage, rats go away.

If you wanted to clean up a rat-infested alley in a city, the first thing you would do is clean up the garbage. Remove what the rats feed on and they will leave. We think getting rid of the rats rids us of the problem. It doesn’t. The only reason there is a principality in the first place is because of The Church in abdication, default, weakness, and compromise. When the pillar and ground of all truth defaults, other powers move in.

All nature abhors a vacuum. That’s true spiritually also. So, dominion in the heavenlies is about removing the garbage, not the principality. It is so much easier removing the rats (or thinking we are) than getting down to the wrestling involved with why the garbage is there in the first place.

The most significant act of spiritual warfare is a kind act of love done to or for someone who needs it or doesn’t deserve it. Incarnational love displaces the powers of the air, one human being, one interaction at a time. A  soul who has returned to Father, ravages darkness, not shouting and hollering in a meeting. That’s because that soul has been, and will continue to be, (God help us) transformed. A life has been removed from a spiritual domain of darkness and translated into the kingdom of the Dear Son. When many transformed individuals come together and live a transformed life, there will be no place for any spiritual principality to have dominion: family, ekklesia, city, state, or nation. We will have wrestled against principalities and . . . won.

Copyright 2018 Dr. Stephen R. Crosby, www.stevecrosby.org. Permission is granted to copy, forward, or distribute this article for non-commercial use only, as long as this copyright byline, in totality, is maintained in all duplications, copies, and link references.  For reprint permission for any commercial use, in any form of media, please contact stephrcrosby@gmail.com.
This ministry is sustained by the freewill offerings of those who partner with us and believe in the message of a radical grace in a new covenant understanding. If this article has been a blessing to you, would you prayerfully consider making a tax-deductible contribution through our Paypal button to help? Thank you and God bless you.