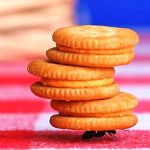 The Hard Work of Christian Unity

There’s an old saying that if we ever saw sausage being made, we would never eat sausage! Saying you favor Christian unity is like saying you love sausage.  Anyone can wax eloquent about the philosophical virtues of ideal sausage. The question is, do you have the stomach for the process of making sausage? Yielding to the processes of God that will actually yield John 17 Christian unity rather than cheap counterfeits is an entirely different matter than agreeing about the eternal priority of unity. How unity is defined, implemented, and embracing its cost will separate sausage lovers from sausage producers. God has called us to produce sausage, not just rhetorically extol its virtues. It is not for the faint of heart.

Too often unity is defined emotionally, psychologically, and culturally rather than biblically. There can be a mindset that if we could just recover some imagined idyllic condition of the first one hundred years of the Church, or if we were just “nicer” to each other, that we would have unity and revival. Here are a few snapshots of the “ideal” first century church:

There’s no place in the ekklesia for romantic notions regarding Christian unity. With romanticism out of the way, let’s take a look at sausage loving unity and then finish up with some real sausage making.

Church Culture Unity – unity based on similarity of expression, style, practices, tastes, preferences, likes and dislikes, age, economic status, etc. We are united as long as we all think, look, and act alike and value the same things. This is conformity of culture, not biblical unity.

Programmatic Unity – unity driven by doing projects and events together. We come together to “work,” but there is no spiritual substance beyond that. There is no genuine cost to this type of unity, because all the participants know that after the event is over, there is no pressure to have to relate with fellow participants. The event is the bond, rather than genuine love, the only legitimate biblical cement (Col. 3:14). The best program unity will ever produce is the context for the possibility of real unity.

Persecuted Unity – I once knew a missionary who lived in Uganda during the reign of Idi Amin. He discovered that while Amin was martyring thousands of Christians, there was a “coming together” and unity in the Church.   Unfortunately, as soon as the pressure of persecution ceased, so did the apparent unity. Everyone reverted to pre-persecution habits and patterns. Even life and death persecution cannot produce real unity.

Socio-Cultural Norm Unity – unity based on avoidance of conflict and confrontation. Individuals who have embraced this will emphasize inordinate sensitivity on not doing or saying anything that upsets anyone. The objective is that no one would feel any discomfort for any reason, at any time. It is a unity that avoids group discipline. Anything goes. There is nothing in scripture that remotely hints that avoidance of subjective discomfort is the basis for Christian unity.

Denominational Unity – is unity assumed to exist within a given denomination or group. I know many ministers who attend their denominational meetings and are heartbroken because of the absence of genuine unity and organic relationship. Wearing the same uniform does not produce unity. The uniform is supposed to be a symbol of something genuine.

Vision Unity – is similar to programmatic unity. Often times there can be an exciting “vision”’ or presentation of Gospel truth that attracts and becomes the gathering focus for unity. The problem with vision unity is that if a more exciting vision comes down the line, the unity built upon the previous vision evaporates. Vision unity is like jumping on the bandwagon for a passing fad. The latest “new thing” becomes the unifying factor.

Lowest Common Denominator Unity – is the “leave-your-distinctive baggage-at-the-door-unity, the curse of many “pastor’s prayer networks.” Of course, it is always the “other guy” who has to leave his baggage at the door because we don’t have any baggage! This unity lowers the bar for participation as low as it can possibly go, out of fear of being exclusionary or hurting someone’s feelings. Participants cannot be, do, or say who they really are for fear of offending someone else, who will then take his or her ball and go home, thus ending unity.

Prayer Unity – centers around prayer and fellowship only. Not only does it normally not go much beyond that, but sometimes it is also forbidden to go beyond that because any thing approaching authenticity in relationship would be considered bad for unity. Prayer may be a good place to start, but too often it is the place we settle for because the cost of going deeper toward reality in authenticity as human beings and brothers is simply more than most are willing to pay. You don’t have to trust someone to pray with them. Prayer unity is, again at best, a starting point as a context for the potential for real unity.

Political Unity – is the shallow, glad-handing spirit that prevails in many pastors’ networks. The unity meeting is a means of personal advancement and self–realization and the self-promotion of the minister, the minister’s organization, and personal agenda. Transparency and honesty are avoided because they hinder the path of self-esteem, peer-esteem, and ministerial advancement. I have had more than one pastor tell me explicitly: if they got real in relationship, it would cost them everything “they have built” and they are unwilling lose that. That attitude is unworkable unity material.

Psalm 133 is the Old Testament classic on the subject: the tribes in Jerusalem were gathered to worship Yahweh at feast time.

The first thing we need to remember is their diversity. Other than their worship, they did not share values and priorities. A landlocked Israelite would not have the same values or priorities as a covenant brother living on the Mediterranean coastline. Their unity could contain those differences. Secondly, the Psalmist uses a Hebrew literary device—the metaphorical couplet—to convey a unified thought: the oil on Aaron’s beard and the dew of Hermon.

The oil was poured on Aaron’s head and ran down to his collar, not his feet as is commonly believed (The KJV ‘skirt’ is a most unfortunate rendering). The priestly anointing oil was held in very small quantities in a cruse or horn. The reason for the small quantity was because of its costly preciousness. The oil was obtained by crushing different costly spices and the oil together.

Genuine Christian unity that commands the blessing is not some cheap sing-along where we all get together, smile at one another, sing a few non-controversial hymns and go home. God’s unity begins with crushing and cost. God’s unity starts with Calvary: Calvary for us, and Calvary in us. Only those who walk in the spirit of Calvary who themselves have allowed the crushing experiences orchestrated by the Holy Spirit in their lives to have full effect, will ever be workable material for the unity that commands the blessing.

Mt. Hermon was on the northern border of the Amorites at the full geographical extent of Joshua’s victory. Hermon’s dew was carried by winds and settled or watered Mt. Zion and was known for being refreshing.

Both poetic metaphors are analogies of descent, (something starting from above, downward) and transference. The psalmist’s point is that commanded blessing unity:

Transference is a download: one source has it; another doesn’t, but needs it. Biblical Christian unity is transferred from the heavenlies to earth. It doesn’t start with us. It must descend and be transferred upon us. It cannot be organized and legislated from below. It can be received and entered into. The commanded unity blessing will only occur when individuals who themselves have been “touched from on high” and who have experienced the inner healing of identity and the outer healing of relationships, gather together in determinate love one for another. A collection of Cross-dodging self-centered people will never produce biblical Christian unity.

If our lives are broken, marriages fragmented, families shattered, and local churches relationally inauthentic, merely gathering the aforementioned in one place under one purpose will never produce biblical Christian unity. It is just an agglomeration of dysfunction trying in the power of the Adamic nature to fulfill John 17. The only thing worse than dysfunction is thinking that if we just gather more of it in unified purpose under unified government, something wonderful will happen!

So is John 17 a pipe dream? Was Paul an idealist? Not at all.

Unity is not difficult. It’s just costly. Our unity must be in Christ, and Christ alone. Unity must begin and be sustained by our revelation of our union with Him and one another. It is the logical overflow of superabundant love. No vision, no organization, no plan, nor dream will ever realize that which is only possible in response to a gracious heavenly outpouring that transforms hearts causing us to fall irrevocably in love with one another. We simply must become necessities for each other, in the deepest and most genuine way.

If my American rights to independence and privacy in time, personal space, and money are more important to me than you, your pain, and your needs, we can forget romantic ideals of Christian unity, on any scale. Any model of unity that is based upon mere cooperation or group conformity is doomed to fail because that kind of unity must be maintained by external pressure rather than internal empowerment from transformation. Unity that is maintained by external constraint betrays the Spirit of Christ in the process of pursuing the unity in Christ.

As long as pastors, ministers, and other types of leaders view people, money, property and assets as “theirs” there will never be Christian unity. As long as leaders insist on the primacy of their own parochial self-interest masquerading as the “mandate and vision God has given me,” John 17 unity will remain a philosophical platitude.

Unity that is Spirit-born, touched with Calvary, descending from heaven, transforming us inwardly so we can unite outwardly, is in indeed precious. It is circumstantially indissoluble because its quality is eternal. No offense of humanity or attack of the devil can dislodge the Calvary-saturated, commanded blessing unity.

Christian unity is relational and covenantal. It is based on His cross: revealed, appropriated, and applied. It is covenantal love that is maintained in the presence of conflict and differences at great emotional, spiritual, psychological, time, and financial cost. So are you and I sausage lovers or sausage makers? Are we serious about the hard work of Christian unity? Are we ready to give ourselves to the real thing, or are we going to settle for the less costly counterfeits? Jesus is for us, and in us, to accomplish through us, what our flesh and ego will allow.

Copyright 2014,  Dr. Stephen R. Crosby, www.stevecrosby.org. Permission is granted to copy, forward, or distribute this article for non-commercial use only, as long as this copyright byline, in totality, is maintained in all duplications, copies, and link references.  For reprint permission for any commercial use, in any form of media, please contact stephrcrosby@gmail.com.

18 comments on “The Hard Work of Christian Unity: 'Romanticism and Idealism Hinder the Work of Unity'”