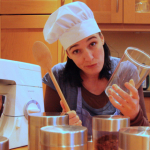 Spiritual Gifts – Can’t Bake a Cake Without Them

The belief in the present day continuation and manifestation of all the spiritual gifts is not now, nor ever has been a fringe issue. There is much at stake on what one believes on this topic. Critics try to portray belief in all the gifts of the spirit for all time as belonging to the kook fringe of Evangelicalism, a late development in theology of a small segment of the ekklesia. This is far from the truth. There is much that is foundational to the gospel at stake on this issue. If you removed one of the constituent elements from the ingredients of a cake, your end result would not be much of a cake, regardless of how excellent the remaining ingredients might be. Cake that is missing an ingredient is simply not cake, and not worth eating. Excise some of the spiritual gifts, as Cessationists try to do, and you are not left with anything accurately resembling cake.

The smoke of battle accompanying the debate surrounding spiritual gifts and charismatic issues masks the battle for far deeper and more significant, fundamental issues. Charismatic continuation is the blossom of a very deep taproot. The ramifications of Cessationism relating to the nature of power (dunamis) in this present age, the essence of Christ’s redeeming work, the indwelling of the Spirit of God in humanity, and the essence of the believer’s union with the Lord strike at the heart of the Gospel. Continuation of spiritual gifts/charismatic continuation is not a fringe issue.

For over one hundred years, Pentecostals and Charismatics have been accused of being mentally deficient,[1] off on a tangent, emotionalists who exegete their experience.[2] Because of their emphasis on the Holy Spirit, dunamis, (power) and the charismatic gifts (charismata) are consistently portrayed as somehow undermining the essence of the Gospel and the finished work.[3] On the contrary, Charismatics contend for the essence of the gospel faith delivered to the apostles. It is the Cessationist who must defend a gospel that is intrinsically different than that delivered to the apostles. Contrary to John MacArthur’s caricature of charismatics,[4] their concern is that of mainstream, historical Christianity.

Writing in the 1960s D. Martin Lloyd Jones [hardly a lunatic fringe charismatic] said (referring to the need for power in charismatic continuation):

My friends, this is to me one of the most urgent matters at this hour.[5]

Referring to Cessationism he said:

Anyone who cuts out portions of Scripture is guilty of very grievous sin.[6]

William Law wrote over two hundred years ago (also hardly a lunatic charismatic!) in regard to the need for spiritual power:

Therefore to say that because we now have all the writings of Scripture complete we no longer need the miraculous inspiration of the Spirit among men as in former days is a degree of blindness as great as any that can be charged upon the scribes and the Pharisees.[7]

There is no degree of delusion higher than that which is evidenced by those who profess to teach from the divinely inspired Scriptures that the immediate, continual illumination and working of the Spirit in men’s hearts ceased when the canon of Scripture was complete. To deny the present prophetic gift in the church is to deny also that very manifestation of Christ today to His own which the Scriptures teach is the only means to the reality of Gospel Christianity.[8]

Referring to the indwelling Spirit and the empowerment of the believer, A. B. Simpson, the founder of the Christian and Missionary Alliance who was once a Cessationist Presbyterian, said:

But He has left to us the same power He possessed.[9]

This [the indwelling Holy Spirit to continue Jesus’s life and ministry and to perpetuate miracles] is the mighty gift of our ascended Lord. This is the supreme need of the church today.[10]

. . . the constitution of the church is identical with the twelfth chapter of First Corinthians. . . We cannot leave out any part of the gospel without weakening the rest; and if there ever was an age when the world needed the witness of God’s supernatural working, it is the day of unbelief and satanic power.[11]

Spiritual gifts are for this day and the only reason for their scarcity is that Christians have become heathen again, with only a dead form left.[12]

Gordon Strachan accurately apprehends the integration and depth of Edward Irving’s theology and the profound implications of charismatic theology:

It is not just that the church denies the possibility of the miraculous gifts of the Spirit. Behind that is the denial that Christ has come in the flesh, and has redeemed that flesh.[13]

When He comes He will confirm His Word with signs following.[14]

What we need very specially is power.[15]

I am reluctant to categorize honest differences in hermeneutics as deviation from orthodoxy. The heretic label too frequently sticks on individuals whose only crime is clearer understanding of Scripture than previous generations.  However, the question arises: What if the  difference undermines foundational principles? It is one thing to debate and differ in prophetic interpretation and eschatology. It is another matter if the work and the Person of Christ, God’s eternal purpose, or the essence of the gospel is at stake.

Regrettably, Cessationism’s effect is so debilitating to the cause of the gospel of Christ delivered to the church by the apostles, so effective in its appeal to human intellectual rationalization, so detrimental to Scripture that in the name of faithfulness to Scripture it contradicts Scripture’s testimony of itself, the most generous adjective I can provide is heterodoxy: heresy’s next door neighbor.

Cessationism undermines the essence of the gospel and God’s eternal purpose for humanity. It is a theology of inexperience that violates principles of exegesis that Cessationists endorse. It is a rationalistic man-made hermeneutic which denies the power of God in manifestation in the temporal realm through human intermediary agency. John MacArthur is representative of the view:

I believe God can heal people apart from natural or medical remedies. I believe all things are possible with God (Matt.19:26). His power has not diminished in the least since the days of the early church. Certainly salvation is always a supernatural act of God!

I do not believe, however, that God uses men and women as human agents to work miracles in the same way he used Moses, Elijah, or Jesus.[16]

Many Christians do not understand the basic doctrine of the resurrection of the dead. They think Jesus changed into a ghost or spirit after the resurrection and went off to some world of ether in the sky. Christians are supposed to believe in the literal, bodily resurrection of the Lord as the very basic confession of what it means to be a “Christian.” Many do not understand that they worship a God-Man, who has bodily substance in a glorified state, and is seated  One with the Father. There is a glorified human being at the helm of the universe.

The gifts of the Spirit are  concretions,  manifestations, evidence, in time and space, that what we believe is true. They are the temporal evidence that He is resurrected from the dead.

Without the gifts of the Spirit, all we are left with is speculation about metaphysical things, and a book to intellectually argue over. If, as cessationists claim, the so-called “power” or sign gifts (miracles, healings, other “supernatural” manifestations, etc.) have ceased, what we are left with are  “lesser gifts.” They have one thing in common: they all relate to the mind/intellect (preaching and teaching) and general acts of kindness toward others (giving, exhortation, mercy, etc.)

As believers, we are supposed to have tasted of the foretaste of the powers of the age to come. We are SUPPOSED to have working in us, a sample (not fullness) of the qualities of the age that our resurrected God-Man Lord currently occupies in fullness! We are supposed to deliver a substance of kingdom life in time and space that cultists and unbelievers cannot deliver. We are supposed to be able to deliver the reality of our Lord alive from the dead, not just Bible philophy, Bible rhetoric, Bible doctrine, and theories about justification and atonement, and specualtions about heaven and hell.

The fact that we frequently do not deliver anything of substance is embarrassing to our carnal nature and our religious flesh. Our religious flesh handles the embarassment one of two ways: Charismatics FAKE the supernatural power gifts, and Cessationists DISMISS them. Both are carnal, and both are done to ease our nakedness.

Both are testimony to our functional impotence. We expect people to believe Jesus is alive from the dead because some writings say so, but we deliver nothing objectively. Cessationists have an equally dubious task of trying to sell what the book says to others with the additional baggage of: God used to move in power through human vessels, He doesn’t any more, but He will again sometime in the future (assuming typical literalist fundamentalist interpretation of the Revelation.)

That my friends, is too much for many to swallow. Including myself. How convenient that we in the present are off the hook–theologically designed nakedness masquerading as orthodoxy.

The manifestation of all the gifts of the Spirit is not some post-script to the gospel. They are not the equivalent of a spiritual appendix: something we can readily do without. They are not the party and carnival trinkets for our entertainment in our meetings. They are the evidence of His resurrection life.

They are integral to anything representing the apostolic gospel once delivered to all the saints.

[2] It is admitted by Fee and others (including this author), that this has historically been the case, particularly with first generation Pentecostals. This author contends as does Fee, that the experience is legitimate though explained deficiently. Pentecostal and Charismatic theology has developed significantly over the past ten years. Representing the current state by caricatures of early representations is simply intellectually dishonest.

[3] This is accomplished by linking traditional two-stage Pentecostal theology to all Charismatics. For the record, I do not adhere to two or three stage Pentecostalism in regard to the baptism in the Holy Spirit, nor with glossolalia as the mandatory signet initial evidence. See H. I. Lederle, Treasures Old and New: Interpretations of “Spirit-Baptism” in the Charismatic Renewal Movement, (Peabody, MA: Hendrickson, 1988), 26-28, 221.

[14] D. L. Moody, Secret Power, with an Introduction by Walter Martin (Ventura, CA: Regal Books, 1987), 74. It is a shame that the institution that now bears his name is passionately opposed to charismatic manifestation. This writer is not making claim that Moody personally spoke with tongues or endorsed it the common Pentecostal paradigm.

2 comments on “Spiritual Gifts – You Can’t Bake a Cake Without Them: 'You Don't Have to be Crazy to be "Charismatic"'”