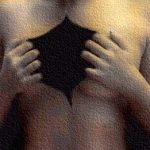 Kenosis: Empty of What?

Philippians 2:6-11 is one of the most important and controversial verses in New Testament theology. It has crucial bearing on the manifestation of supernatural power through the God-Man, Jesus Christ, and spiritual gifts through the rest of us.  Did Christ display power through inherent and independent deity to try to “prove something” about Himself? If so, His example has no bearing whatsoever on the believer as the Christian is not inherently divine. If so, He is an impossible model only for holiness, but not power. To me, this seems very arbitrary, and not the least problematic.

If however, He demonstrated supernatural power as the dependent God-Man, then His model of power demonstration has direct bearing on the believer and the doctrine of charismatic continuation. Christ’s similarity to, and difference with the believer is of utmost importance. It is imperative to properly understand Philippians 2:7 and its implications on Christ and the believer. The King James Version of Philippians 2:6-8 reads:

Let this mind be in you which also was in Christ Jesus: who, being in the form of God, thought it not robbery to be equal with God: But made himself of no reputation, and took upon him the form of a servant, and was made in the likeness of men: and being found in fashion as a man, he humbled himself, and became obedient unto death, even the death of the cross.

The phrase “made himself of no reputation” is the Greek word kenosis (aorist indicative active) from kenoo meaning:

How to interpret and apply this term has been widely debated for centuries. Kenosis  focuses on the person of Christ in terms of some form of self-limitation by the pre-existent Son in becoming human. The primary concern is to find a way of understanding the person of Christ that allows His full humanity to be expressed. It is admitted by all, that Christianity began in the earliest encounters with the man Jesus.

Critical scholarship has attempted to recapture Him in the light of his environment: Christ was truly man. His humanity was not an abstract appendage assumed by the Son of God. The corollary and equally important point is: Christ was truly God. The creeds are correct: very God and very man. The problem is how this can be said without turning Christ into an aberration.[5] An additional concern stems from psychological studies of consciousness. If at our center is our consciousness, and if Jesus was both omniscient God and limited man, then He had two centers of consciousness and was fundamentally not one of us.[6] Historically, all forms of classical orthodoxy either explicitly, or in principle, rejected kenotic theology. This is because from that perspective, God must be affirmed to be changeless. Any concept of the incarnation that implies change means God would cease to be God.[7]

Cessationists are included in this group. MacArthur calls all forms of kenotic theology heretical teaching of nineteenth century liberal theologians.[8] He appeals as proof (as do most kenotic critics) to the doctrine of immutability (Hebrews 13:8).[9] MacArthur admits that in the kenosis Christ laid aside independent use of His divine attributes, which is correct. However, he implies that Christ’s entire advantage on earth, the life He was able to live, was because He was God, the doctrine of inherent advantage and equally heretical.[10]

Within conservative theology the kenosis is usually viewed in association with the incarnation as the exclusive act of divine self-limitation for our salvation.[11] This is unquestionably true. However, this soteriological view—how God could accomplish redemption—is not the only implication of Christ’s kenosis. The kenosis had real, temporal, and practical effect in and through the life of Jesus of Nazareth. How these effects bear on the believer is equally important as the soteriological connection.

The criticism of kenotic theology as unbiblical, not honoring the Lord’s deity, is not entirely fair. What advocates of kenotic theology uniformly contend is, as an interpretive scheme, their understanding allows Jesus Christ to be a real, growing, limited man without creating a sense that God is not somehow deeply involved in that same man.

Kenotic theorists insist the biblical text means what it says: He limited himself to His human and real development, that is, He was genuinely dependent on His Father.[12] The problem of who is biblical cuts more than one way and is a reflection of the inherent difficulty with the God-Man. Kenotic theorists could equally claim orthodoxy does not honor the Lord’s humanity.

Kenosis is an attempt to give conceptual substance to the thought that the Son would empty Himself of all but love and die for a fallen humanity. From another angle kenotic theology represents an attempt to give central place to Jesus’ limited, yet sinless humanity, while affirming the ultimate significance of that humanity was and is, that here on earth, God the eternal Son has come, truly come, to redeem.[13]

What did Christ empty Himself of and what are the implications? There are several erroneous concepts:

In becoming man, Christ did not cease to be God. God was not changed into man, but rather assumed the nature of man without ceasing to be God. What Christ surrendered was the independent exercise of divine attributes. He laid aside His prerogatives as God to act as God and became dependent upon the Father’s will for exercise, operation, or manifestation of these attributes. Connor quotes A. H. Strong:

His humiliation consisted of the continuous surrender on the part of the God-man so far as his human nature was concerned, of the exercise of those divine powers with which it was endowed by virtue of its union with the divine and in the voluntary acceptance which followed upon this, of temptation suffering and death. He did not empty himself of deity.[15]

Connor also quotes Herbert Lockyear’s, All the Doctrines of the Bible (p.45):

In His self-emptying Christ:

It is evident that Christ did no works of power from a consciousness base of absolute deity. His advantages of deity were rendered void, useless, and vain. At no time did He use inherent deity as a “God-card” pulled willy-nilly out of His pocket to charge a few miracles on His God account. He divested Himself of this prerogative. If not, He cannot be our example in all things.

His miraculous works were performed through human subordinancy to the Father’s will, by faith and the empowering of the Holy Spirit. Christ was the God-Man in sinless, indissoluble essence and fullness.[18] The believer is a God-person by indwelling habitation of the Spirit and partiality.[19] The glorious news of redemption is that the “sin problem” has been dealt with. The difference between Christ and the believer is in degree, not substance. They that are joined to the Lord are one Spirit–quite literally. What was in Christ in fullness individually, is in the ekklesia, the church corporately. The church is the fullness of Him that fills all in all.[20]

Think about the implications, and awaken to our inheritance one with another.

[viii] MacArthur, Charismatic Chaos, 276-277. In characteristic fashion he lumps all kenotic theology with some very questionable statements made by Kenneth Copeland. It is difficult not to be disgusted with MacArthur’s incessant polemic techniques.

[ix] It is ironic that MacArthur and other Cessationists disallow appeal to the same verse in the defense of charismatic continuation! See Chaos, 99-100.

[xix] 1 Cor. 12:4-14 – no single member has the totality of what the body has together. The church is the fullness of Him corporately, no single believer is.

2 comments on “Kenosis – Emptied of What?: 'How Kenosis Affects Charismatic Issues'”